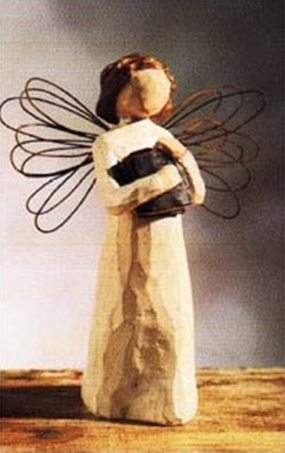 “Do not forget to show hospitality to strangers, for by so doing some people have shown hospitality to angels without knowing it,” says Hebrews 13:2 in the NIV Bible.

Angels have long been considered messengers of God. Historically, they’ve been known to communicate God’s messages to people as well as direct God’s purposes.

It was an angel of the Lord who appeared to shepherds living out in the fields, keeping watch over their flocks at night. Though the shepherds were terrified (understandably), the angel told them, “Do not be afraid. I bring you good news of great joy that will be for all people.” The angel goes on to proclaim that Christ the Lord will be born in the town of David, wrapped in cloths and lying in a manger. You can read the account in the Gospel of Luke, Chapter 2. Thus, an angel announced the coming of Christ– a very significant role in the history of Christianity, wouldn’t you agree?

Furthermore, there are instances in holy scripture where angels have served purposes beyond delivering messages. For instance, angels have been known to protect people from harm. In the book of Daniel, Chapter 3, there’s a story of three men: Shadrach, Meshach and Abednego. They’re to be thrown into a blazing fire to die by the powers-that-be, but because God wants to protect them from death, He sends his angel to rescue his servants. Even though the trio should have been burned alive, they’re able to walk out of the fire. All the important people gathered around– from government leaders to the king’s counselors– are astonished. “Not a hair singed, not a scorch mark on their clothes, not even the smell of fire on them!” scripture recounts. God’s angel rescued the men from certain death!

Many people have grown up with the idea that they have their own personal guardian angel. Indeed, it’s not unusual for a parent to allay their child’s fears with the promise that their guardian angel is watching over them, protecting them from harm.

From what people have come to understand, angels are non-human, supernatural beings, tall, winged, white/translucent/made of light and able to fly. Scripture has indicated that they surround the throne of God, always worshipping Him.

Though no one knows for sure, sometime around the early fifth century, angels started to be depicted in the artwork of the time as having wings– and have been ever since. This could be artistic license to help show their ethereal nature in a symbolic way. That said, perhaps angels really do have wings. Imagine if one appeared to you in real life– amazing, right?!

Please let us know if you have any questions about our selection Willow Tree Angel Figurines.